BAT Malaysia announces cigarette price increase of 20sen from Monday
http://thestar.com.my/news/story.asp?file=/2012/10/21/nation/20121021213418&sec=nation
http://www.havocscope.com/cigarettes-sold-on-the-black-market-in-malaysia/
Summary
From the article, it tells us that there is a hike on price of cigarette. According to British American Tobacco Malaysia (BAT Malaysia) has announced that there are a 20sen increase on the prices of all cigarette packs and it will be effective soon.  Based on William Toh which is the managing director of BAT Malaysia, the changes of price on cigarette is because of the excise and sales tax payable has increased.
Opinion
The world’s view nowadays on smoking cigarettes has changed dramatically over the last century. This habit considered to be cool or sexy for the generations nowadays. Many people are widely enjoyed on smoking cigarettes. Although smoking is also considered to be a nasty addictive habit that can kill, but smokers still increasing year by year.
In my opinion, the article approve to the concept of Law of demand. Law of demand is the quantity demanded will change when the price is changing and other factors are all remain unchanged. As the price of cigarette is rising, the quantity demanded of cigarette is decreasing because the willingness for people to purchase it more is has decreased and also because people might not be able to afford. It is an inverse relationship between price and quantity demanded. Based on the graph below, smokers are not willing to purchase more cigarettes had decreased. Thus, the quantity demanded of cigarettes had decreased. Other than that, suppliers are more willing to supply more cigarettes when the price is higher because suppliers can earn more profit from it. So, quantity supplied of cigarettes increases. 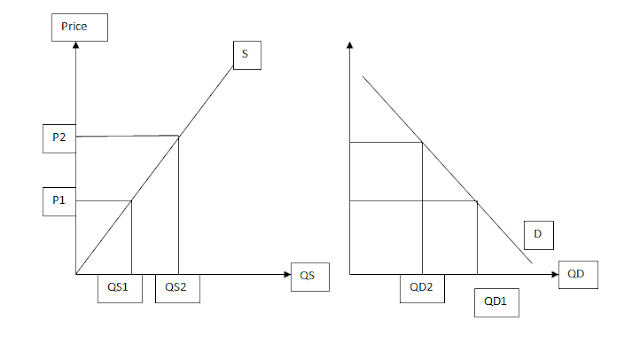 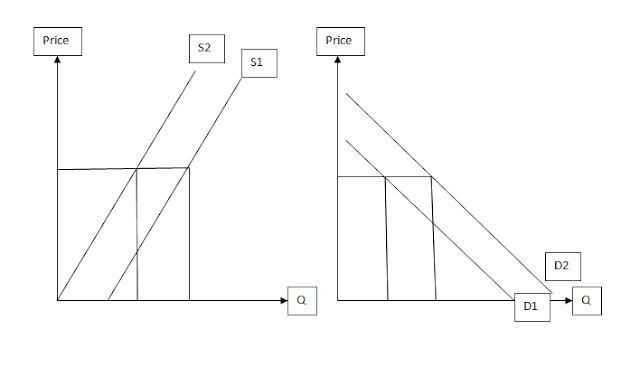 Posted by Microeconomics Article Analysis ... at 12:00 AM

Email ThisBlogThis!Share to TwitterShare to FacebookShare to Pinterest
Labels: local

Microeconomics Article Analysis ...
Petaling Jaya , Malaysia
Hai ,everyone ! This is our group member :Laura ,Mandy ,Edwin and Chai yee. We are students from Taylor's lakeside University and Semester 1 in Bachelor Of Business (Hons) International Business & Marketing .This is our microeconomics group assignment , hope everyone can support it .Thanks !